skip to main | skip to sidebar

Craftsmen and Designers working together 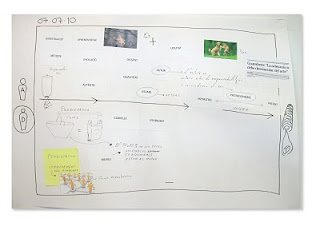 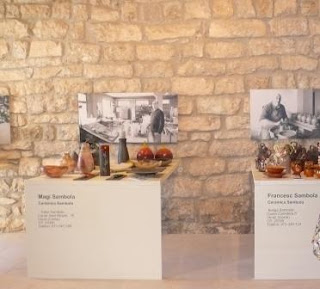 In recent years I have followed with interest the measures to promote the development of handicrafts in Catalonia through the participation of the design. Speaking with artisans and designers who have taken part in this programs are quite sceptical about its true value because it does not consolidate a trend and has no continuity. I recently attended a seminar on co-creation, term which refers to any collective activity between two or more people, and that has already suggested me the idea of doing topic to know whether its methods and tools could improve the collaboration between the two parts. First of all I asked myself the following question: what happens between artisans and designers from the beginning of the collaborative process until they reach an initial proposal for a joint solution?
I have identified a problem, as an outstanding study of the sector pointed out, in the collaboration between designers and artisans, which is summarized in the designers providing a proposal and the artisans realizing it. My intention is that by using generative techniques we know what happens between artisans and designers from since they start work together until they get a result, in order to improve this relationship.
The hypothesis of my work is to explore the relationship between designers and craftsmen, in the context of Catalonia, to establish a framework to improve working together, based on a participative mindset or co-creation. Based on this approach, I have invited to attend a generative interview craftsmen who have worked with designers and designers who have worked with artisans. Those who agreed to participate, six in all, have first made a visual narrative of collaboration, embodied in communication maps, to explain after what they wanted to express. This method is known as verbal narrative.
With all this information, which contains words and concepts on the joint experience, I completed three charts of analysis with key questions, main motivations for collaboration and barriers. I concluded that the main motivation of both parts when they worked together is to work for a different and unique product that incorporates the cultural tradition with new ideas. This enables craftsmen to overcome their routine processes and represents a modernization. The designers see the materialization of most to their proposals in which is rather more difficult in the industry, especially for the young people. The main barriers to collaboration are the ignorance of the art and craft processes by the designers and the initial misunderstanding of the intentions and proposals by the craftsmen.
The collaboration has not always been well understood since that has been raised a vertical form: I have a design and you make a product. The conclusive result we have reached is that artisans and designers should work together in the creative process from the initial stages of this process and that lead the imagination, will be more stimulating and will awaken emotions that, after all are the methods to connect, innovate, create, share and communicate based on the co-creation as Liz Sanders says in his writings about the subject.
Near the end of the work, confirming the data of the bibliography, I found a manual published by UNESCO in 2005 that offers a series of recommendations for the collaboration between designers and artisans in developing countries with a rich tradition. The most important of these, in my opinion, which coincides with the conclusion I reached, is that the designer must “treat the craftsmen as a creative partner, not as a skilled worker” and this is the key concept, even if made for some countries very different from ours. Artisans and designers must find areas of collaboration where the authentic and unique values can come from to arts and crafts and connect with new scenarios provided by the design. In any case the job has helped me to meet interesting people, to apply some new tools and start to realize a research work in the field of Social Sciences.